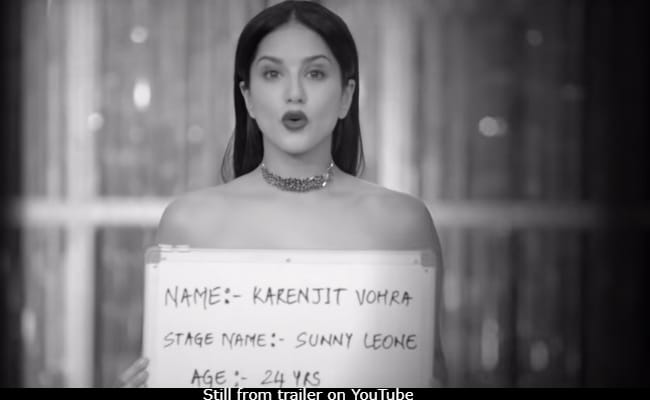 The new trailer of Sunny Leone’s web-series is here! The trailer reveals what all can be expected from the second season of the show Karenjit Kaur: The Untold Story Of Sunny Leone. The trailer begins with Sunny Leone’s mother hoping for Sunny to be happily settled in a marriage, unaware that Sunny has different plans for her future. From the looks of it, season 2 takes off from a point where Sunny has already joined the erotic entertainment industry and is on her way to star in her first adult film. There’s also a glimpse of Sunny Leone’s wedding – she married Daniel Weber, who also belongs to the adult film industry, in 2011.

While the first trailer revealed the circumstances in which Sunny decided to sign up for a rather controversial career choice – she was selected as men’s magazine Penthouse’s ‘Pet’ for March 2001 at the age of 19, the second one documents her tumultuous journey in the adult film industry. However, her rise to fame as one of the most popular faces in the industry was not at all a smooth ride but riddled with emotional upheavals and family disputes. Her troubled relationship with her mother finds particular mention in the trailer. Just like the first trailer, this one too offers a beautiful depiction of Sunny Leone’s bond with her brother Sundeep.

Watch the trailer here. Sunny Leone, who shared it on Twitter and wrote: “The Journey that you all waited for!

The second season of Karenjit Kaur: The Untold Story Of Sunny Leone is all set to premiere on September 18 on ZEE5.