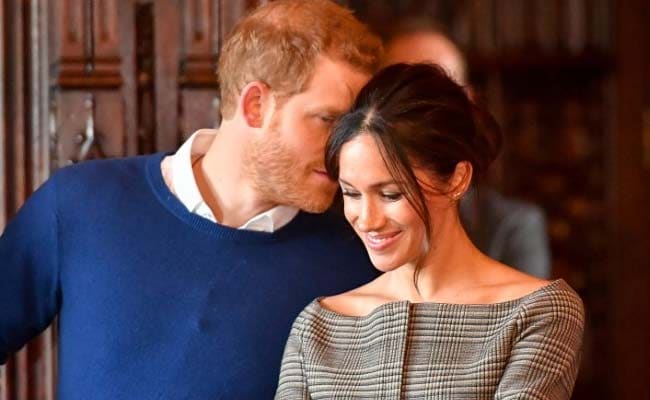 This is a thing Britain does really well.

The monarch virtually invented pomp. You want regal pageantry, gilded spectacle, the royal Ascot Landau carriage pulled by a pair of father-and-son Windsor Grey horses? The Archbishop of Canterbury bedecked in his robes, the Choir of St. George’s Chapel belting out the choral anthems to the rafters – plus maybe a little Elton John?

On Saturday, Prince Harry and Meghan Markle and a supporting cast of thousands are going to roll out red carpets and stage – one performance only, televised live – their big fat royal wedding.

We’re being treated to the full-on fairy tale, complete with pint-size princes and princesses as page boys and bridesmaids.

Since it’s 2018, Windsor Castle will be festooned with “locally sourced foliage,” including “pollinator-friendly plants” from the Royal Parks meadows. The wedding cake at the first of two receptions will be a tower of lemon elderberry covered in buttercream.

Markle will be driven from luxe Cliveden House manor to the medieval masterwork of St. George’s Chapel, within the walls of Windsor Castle, where she will be warmly welcomed by a polite backdrop of 1,200 invited do-gooders from favored charities – such as Scotty’s Little Soldiers and Surfers Against Sewage – not an anti-monarchy banner in sight. 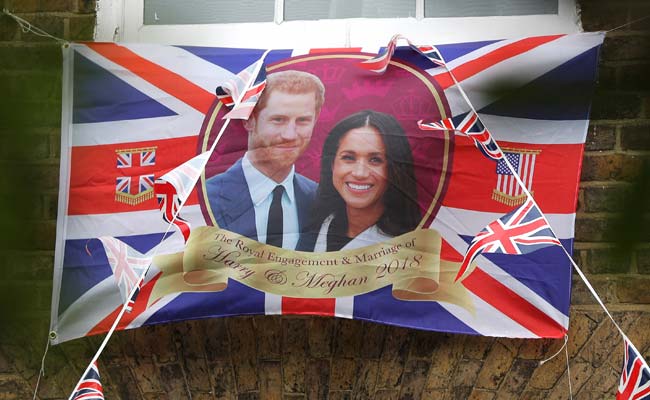 There will be the Reveal of the Dress. The Kensington Palace PR squad will blast the details. Then mum – Los Angeles yoga instructor Doria Ragland – is likely to walk “Flower” down the aisle, now that we know Markle’s father, Thomas Markle, is sidelined due to heart problems and media-induced stress.

Cue the State Trumpeters. The BBC National Orchestra. Karen Gibson and the Kingdom Choir doing American-style gospel. Bishop Michael Curry, the first African American to preside over the Episcopal Church, is to deliver a sermon.

Archbishop of Canterbury Justin Welby will perform the wedding ceremony with the vows from the Book of Common Prayer.

Immediately afterward, on the streets of Windsor town, as many as 100,000 Brits and foreign visitors will be wearing outrageous hats and waving Union Jacks and the Stars and Stripes in a Pimm’s Cup-fueled bacchanal of selfie-taking to celebrate the ultimate in special relationships: Harry’s royal marriage to a California girl.

And good for Britain! They’ve earned it. The barely united kingdom has been sagging under the gray winter weight of petty Tory intrigues, Russian spy poisonings and interminable Brexit negotiations over cod fisheries and customs unions (whatever they are).

For one glorious day, it’s not dreary Theresa May. It’s May 19, and the British Meteorological Office is forecasting (knock on wood) sunny skies and 70-degree Fahrenheit temperatures.

And for those watching around the world, after a week of split-screen images of deaths in Gaza and the opening of the U.S. Embassy in Jerusalem, of President Donald Trump’s rants and Kim Jong Un’s backpedaling, here comes the British royal family to hand you the remote and let you change the channel.

Because this is, seriously, designed from top to bottom to be entertainment. Some newspaper reporters and on-air commentators have managed to squeeze higher meanings out of the nuptials – this is the first royal marriage of a divorcée to take place with the full embrace of the Anglican Church, and biracial, feminist, outspoken Markle has the potential to break the royal mold. But one thing to keep in mind is that Prince Harry will never, ever, never be king.

His father, Prince Charles, and brother, Prince William, are likely to be – and then his brother’s three kids and counting are in line.

So it’s all chill.

And the Brits love Harry. Good on you, mate! Harry is the favorite, the big lovable royal family Labrador. A bit of weed, the Vegas nudes and a Nazi costume? All mostly forgotten since he grew up and flew combat missions as a helicopter pilot in Afghanistan.

Harry’s the strong but sensitive type, man enough to talk about mental health on television.

And Meghan Markle? The royal family, in all its cunning, clinging to the faded role of modern monarch, could not have invented a better first mate in a laboratory below Buckingham Palace. It is possible this American TV actress might just save this tired brand? She’s the new thing. The Season 2 surprise.

The British tabloids are not quite sure what to make of Markle. She’s the whole package – a tested media performer, a proven clothes horse and a thoughtful, eloquent woman who supports the #MeToo moment. Markle arrives ready to stand on her mark. In their first dual appearances – the sort of engagements that constitute the royal family’s day job – Meghan has proved herself better at the game than Harry.

Of course, we’re all old enough now to know that fairy tales are for children. Harry’s mother, Princess Diana, was sucked up into the paparazzi whirlwind – and she died, when Harry was just 12, killed by a bad chauffeur chased by photographers paid to feed our celebrity obsessions.

Dickie Arbiter, the queen’s former press secretary, said he thinks Harry and Meghan together will be able to create a stable life, even in these surreal environs – something Harry never had.

“Harry has at long last found someone that he can settle down with, that he can start a family with, that he can create a family that he was lacking as a young person,” Arbiter said, noting that Harry as a boy split his time between his mother’s residence at Kensington Palace in London and his father’s Highgrove House in Gloucestershire.

“I look at it from Harry’s choice of a bride, he feels he has met someone who can make him happy,” the retired courtier said.

Tags: About, And, Everything, Harry, Know, Markle's, Meghan, Need, Prince, Royal, To, Wedding, You