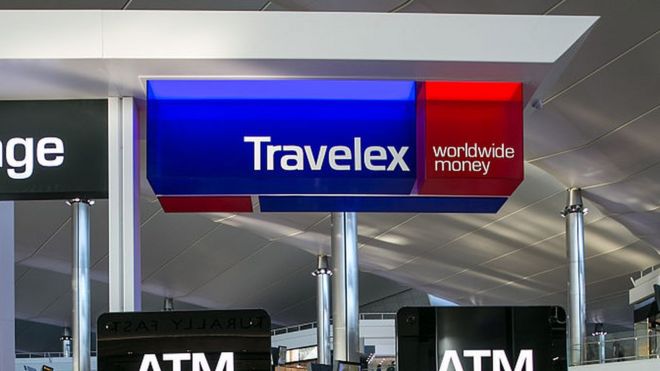 Travel money services for several UK banks are still being affected after foreign currency seller Travelex took its site offline to deal with a cyber attack.

On Thursday evening, Travelex said it had taken down its site to contain “the virus and protect data”.

That has affected Sainsbury’s Bank, Barclays and HSBC, among others, which all use the Travelex platform.

There is no indication when the Travelex website will be restored.

The company said it has been working on the issue since the software virus attack on New Year’s Eve.

A number of banks depend on the Travelex platform to provide online travel money services.

The company delivers the foreign currency to stores for customers to collect, as well as operating the software that is used to buy the travel money.

But Travelex’s decision to take down its site has meant the firms that use its services cannot sell currency online.

Virgin Money’s site showed an error message, which said: “Our online, foreign currency purchasing service is temporarily unavailable due to planned maintenance. The system will be back online shortly.”

Sainsbury’s Bank also said its online travel money services were unavailable, although it said customers could still buy travel money in its stores. In a statement to the BBC, the bank said: “We’re in close contact with Travelex so that we can resume our online service as soon as possible.”

Meanwhile, a spokesperson for First Direct, which is owned by HSBC, said: “Unfortunately, our online travel money service is currently unavailable due to a service issue with third party service provider, Travelex.”

In a statement on Thusday, Travelex boss Tony D’Souza said: “We regret having to suspend some of our services in order to contain the virus and protect data.”

The company has resorted to carrying out transactions manually, providing foreign-exchange services over the counter in its branches.

“We apologise to all our customers for any inconvenience caused as a result,” Mr D’Souza said in a statement.

HSBC told the BBC that some of its branches also stock dollars and euros, which it is still able to sell.